One of the advantages of charity and bookshops being closed is that I am having to choose books from my shelves to read, so I’ve just finished “Sweet Thames Run Softly” by Robert Gibbings which was published in 1940 and very successful at the time. Gibbings was a very important figure in the revival of illustration from wood engravings (as well as fine printing in general – he ran the Golden Cockerel Press for some years), and this book is illustrated with his typically bold pictures. Unlike “Coming down the Seine”, which I read last year and was a narrative of a single journey, this book is more of a discursive ramble through his long-term association with the upper reaches of the Thames, and includes many observations on the wildlife, encounters with rustics with funny accents, a couple of mildly erotic incidents with young women, and much simple but beautiful description of the river and its surrounds. Today’s nature and travel writing tends to be of higher quality, but I can see how this would have been perfect for a period where the very existence of England was under threat. 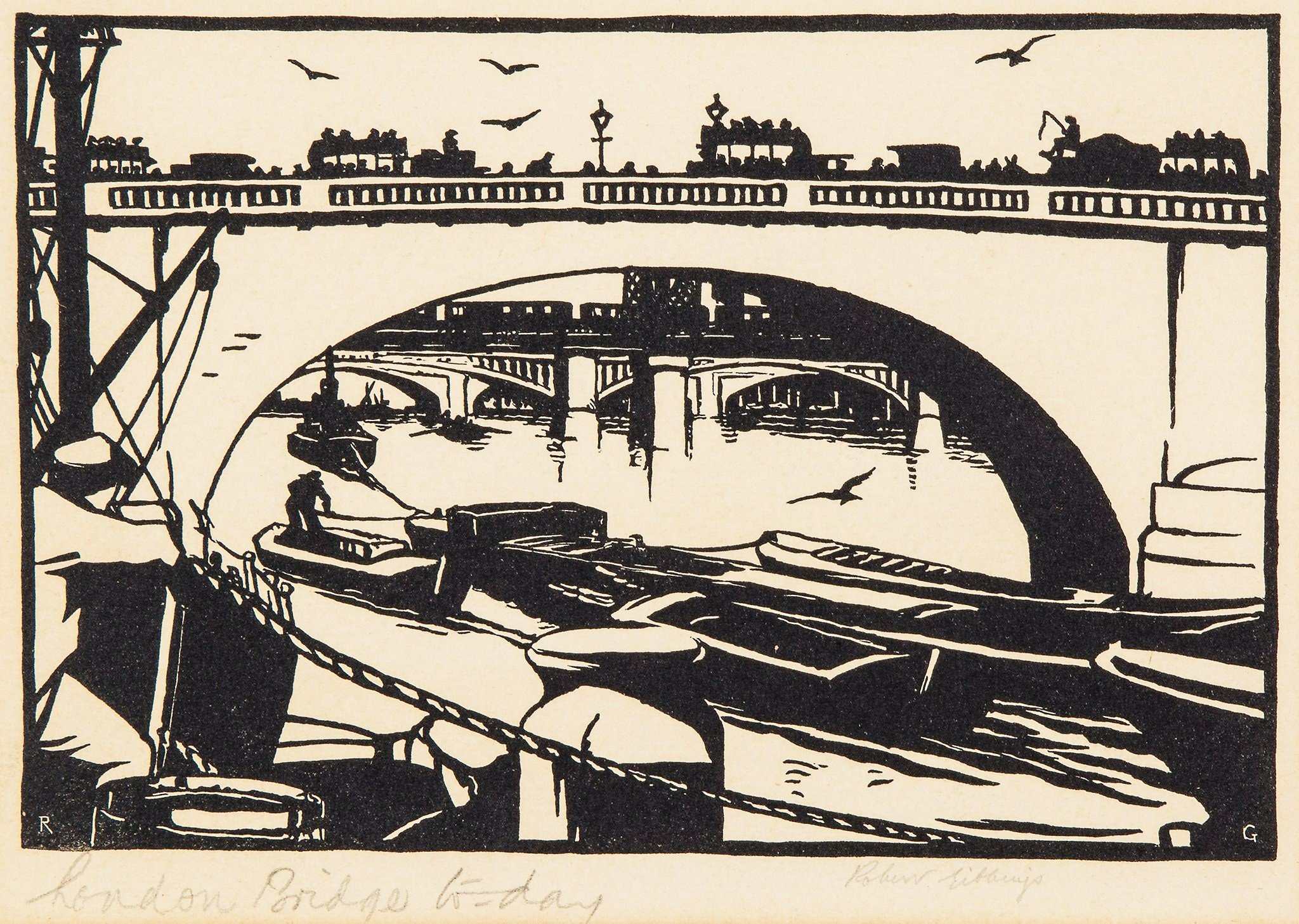 My copy has the bookplate of Gerald Finzi, an English composer who lived at Ashmansworth and whose reputation has grown in recent years. The bookplate is by Reynolds Stone, another important British wood engraver who designed a number of commemorative stamps after the war. Finzi’s son, Christopher (‘Kiffe’) was married to Jacqueline du Pre’s sister who wrote a much criticised book about Jacqueline which I’ve got but have never read. It was also filmed. I bought two van loads of books last year from a dealer who had purchased the contents of the farmhouse when the Finzis moved out, not long before Kiffe’s death last November. In the 1970s I ran a market stall on Saturdays and opposite me was a health food stall run by Kiffe Finzi so I got to know him vaguely. He was very much the Alpha Male, and he ran the farmhouse at Ashmansworth as some sort of commune at that time.  Jenny, the wife of the friend I ran the bookstall with, often used to come and spend the day at the market too, and to my astonishment (and a great deal of anguish at the time) we ended up in a relationship that has endured, fairly tempestuously, for over 40 years. Jenny grew up in Reading, and much of her immediate family came from the upper reaches of the Thames. One of her great aunts was a lock keeper at Marsh Lock near Henley-on-Thames and her mother used to help her aunt on summer weekends at the tea room her aunt ran next to the lock.

So this book is not exactly an association copy, as the book trade vernacular has it, but it is certainly a book with associations!

Tony Hill is the proprietor of Sarsen Press and has had a lifelong fascination with books. He began selling second hand books at Winchester market in 1975 and a year later co-founded the Winchester Book Fair, believed to be the longest running Fair in the UK.  He has accumulated a wide ranging collection, some of which can be found on sale at the Hyde Street office.